As I continue on my quest to be a better person (#CHEESE)  – both inside and out – I’m actively trying to be a nicer, kinder human being: more tolerant of annoying commuters, not gossiping so much and not giving the V-sign to drivers who cut me up.

{Disclaimer: I’m a work in progress, before any of my pals call me out on any recent bitch-fest/road-rage incidents.}

But there’s one ‘I’m an inherently evil person’ habit I can’t seem to curb and that’s: hate-following.

Don’t pretend like you don’t know what I mean, but for the uninitiated, it’s when you follow someone on social media whose every move – whose very goddamn existence! – you find incredibly insufferable.

This bad feeling is continually directed at the same person; it’s not just a case of seeing the odd thing you disagree with or take offence to in your feed and going WTF? It’s like every single thing they post is there to deliberately send you over the edge, always.

They #TRIGGER you on Twitter and enrage you on Insta.

If you think you’re holier-than-thou and you can’t possibly be guilty of hate-following, well – you know the screen shots of someone’s Insta pics you share and dissect with your friends on Snapchat? That’s a essentially hate-following, right thurrrr.

As a side note: I think hate-following celebrities is slightly different; because of their (forgive me) ‘elevated’ status, and I suppose it’s quite normal to be a bit jealous of their success or the life they lead. That’s usually because you want what they’ve got, too.

It’s time, though, to check yourself before you wreck yourself (and yup, fully admitting this is where I’m at), when you’re hate-following people you vaguely know in real life, influencers, or peers.

I have around five sorry-not-sorry people I hate-follow, but I know people who admit they have 20+ accounts they ‘monitor’ or secretly snark on the regs. Weirdly/sadly, they appear to be more clued up on the lives of the people they hate-follow than, say, their IRL friends.

There’s a perverse pleasure in scrolling through their feed full ‘o’ shite in disgust. A feeling of jubilation that yup, they’re still brazenly flaunting their cankles or jutting chin (or whatever other perceived imperfection you’ve triumphantly identified) without a care in the world. How dare they!

Or maybe you’re playing detective, spying on your current partner’s ex – or worse still, your ex’s current partner! – trying to work out what they’ve got that you haven’t, but also ready to openly mock their taste in sofas/restaurants/holidays.

Maybe you just can’t even with someone’s continual narrative of their basic AF life and simplistic, poorly written and oh-so needy statements, in a so-bad-it’s-v-v-good kinda way.

You know something’s a terrible, dirty little habit, when it’s something you’re too ashamed to admit.

Would you ‘fess up to hate-following to your family? Would you ever passive-aggressively hit ‘like’ on your hate-follow’s pic that’s riled you from 45 weeks ago, to let them know that yeah, you see them? Would you ever leave the nasty thought about them in your head as a comment under the photo in question? Or RT their smug, braggy tweet, pre-fixed with: ‘BULL SHIT CENTRAL”? Nope, thought not.

And that’s when you’ve got to have a word with yourself, isn’t it? You know your behaviour’s sketchy, else you wouldn’t do it so secretly.

The reason, I think, as to why we indulge in a little shady scrolling is to feel better about ourselves. We’re specifically seeking out people we can compare ourselves to, who we deem as ‘less’ in order, my default, to make us feel ‘more’. 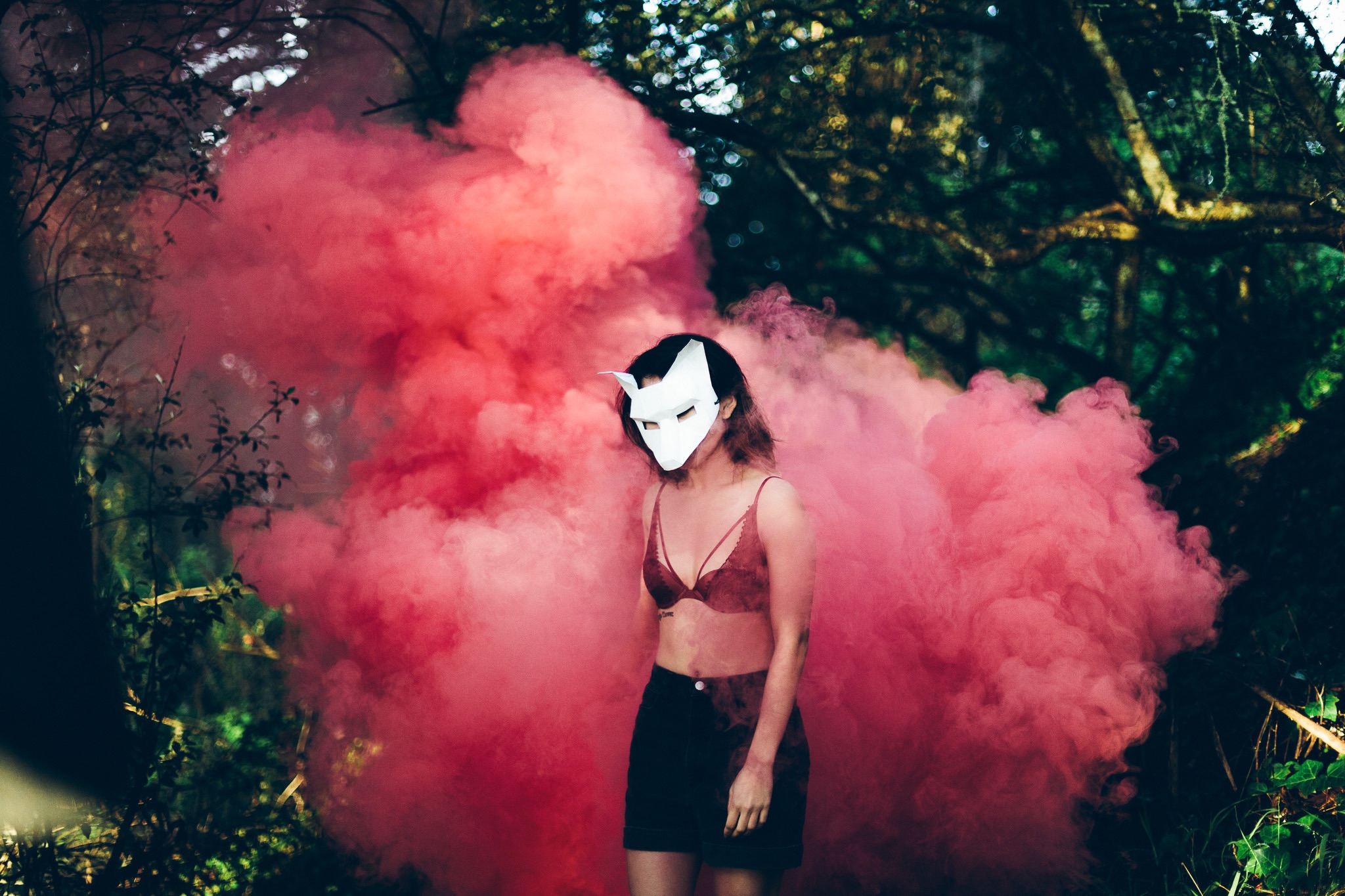 So what to do?

You know what’s coming – STOP with the hate-following. Just stoppit.

That is, unfollow the person (ok, people) in question.
(And shame on you if you’re not actually following them, but enjoying the benefit of free-snooping on their public profile.) Each time a post pops up in your feed that makes the red mist descend, or you actively type their name into search for a snarky session, hit unfollow. Go on, be strong.

Utilise the mute and block buttons on Twitter.
If you don’t want them to see you’ve unfollowed, hit mute. The block button can be usual for wielding against someone who you suspect is a mutual hate-follower: that is, they’re secretly hatin’ on you too. Block them, and the next time they cruise in for a peruse of your profile, they’ll be so panicked by suddenly being blocked, that they tend to block you right back in retaliation. Then you have social stale mate and you can both move the ‘eff on like grown-ups.

Manage your social media usage
My hate-following peaked when I was really ill, and spending too much time alone, in bed, and scrolling 24/7. It’s probably safe to say that when you’re mindlessly scrolling, you’re more likely to join the dark side of social. Manage your usage, get outside in nature, spend time with IRL friends.

Use your time better
It’s worth remembering that, in the 30 minutes (cough, and the rest) you spent scrolling back 75 weeks on somebody else’s Instagram, could’ve been spent on writing that novel you always say you haven’t got enough time to do – ditto going for that run, drawing or having a bath. Use your time better, to better yourself.

Hold up your hate-follow as a mirror
The things that really piss us off about their posts, can actually give a lot of insight into yourself. Why do their constant smug-new-mum #blessed baby pics annoy you? Are you anxious about fertility or motherhood in general? Why do those travel pics rile you? Do you wish you could explore more? And if you’re annoyed at someone’s constant “boring’ narrative of their life, maybe you have issues around privacy, honesty and openness? Or maybe the traits that repel you are the very things you most hate about yourself?

I mean, I dunno ‘cos I’m not a psychologist, but it’s definitely worth a little social media soul-searching, right?

This, too, shall pass

Something to remember when sh*t hits the fan

When social media becomes an addiction