When social media becomes an addiction

A few thoughts following my Social Media Sickness post, over on Le Blow (read HERE if you haven’t already).

The reason I’m writing the reprise here on A Peace of Me is because it just feels like the best fit.
Le Blow is my space to be a bit more brash, more opinionated and edgy, where as here I like to dissect my thoughts and feelings a little more, as well as sharing experiences.

There was no context to the original post – and purposely so; I wanted it to have an almost poetic rhythm that flowed naturally without an intro or a summary.

That’s what this is, I guess.

I’m not saying I’m holier than thou when it comes to social, far from it.

I’m a perpetuator and an instigator.
I’ve been the enabler and the enabled.
I’ve been brand side and blogger side.

But I’m also thoroughly sick of all of it. 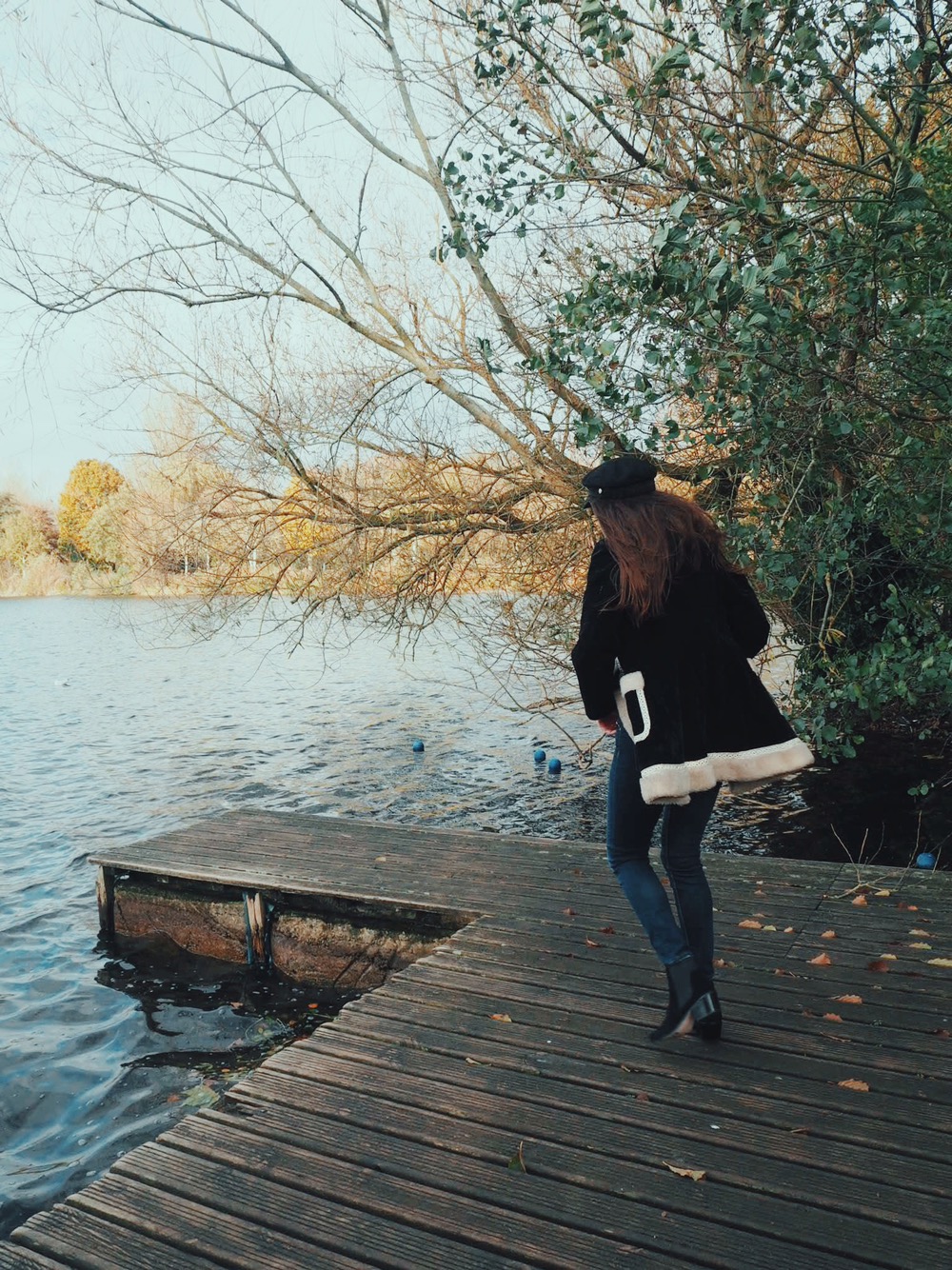 Take, for example, those statement tassel earrings I mentioned which seemingly saturated my Instagram feed over the summer.

I bought a pair. Two pairs, in fact.

Yet I DON’T DO STATEMENT EARRINGS.

I dislike them enormously.
I detest the heavy pulling sensation on my ears, and usually, if the posts aren’t made of solid bloody gold (silver also suffices), my lobes start to look like Nik Naks.

I got giddy with the excitement of seeing Instagram’s hottest (sold out)  item right before my very eyes and knew they’d garner a good reaction on the grid. Knew people would be envious. Knew I’d get a little ego massage.

Posted on Stories, they predictably got my inbox a-buzzing with messages on where from, which colour and general accessory appreciation. In turn, I was buzzing with the high of it all.

A few days later, after the fuss died down, I realised I’d essentially spent £20 on earrings I’d never, ever wear, and felt ridiculous. I ended up selling them, to get them out of my already overflowing wardrobe and to recoup some of the money.

Ditto a cheap pair of plastic-looking Gucci-esque loafers from Primark, which I wore once after photographing for a flat-lay and getting a sole full of blisters (swiftly followed by a soul full of sadness).

So the items called out in the piece are specifically ones succumbed to by ~me~. They were my Achilles Heel (the loafers, quite literally).

It could be tweed blazers berets or kick flares or red boots tbh. Anything fed to you by your feed.

It’s buying into something to join the Instagram Cool Club, rather than because you love it / it suits you / you can afford it / etc.

I’m also not saying social media shouldn’t look visually compelling, but in my opinion, it should be REAL, and we shouldn’t waste so much of our time on achieving the perfect shot.

Of course, I like my pictures to look aesthetically pleasing, but I will now no longer take more than a couple of minutes to best frame it. Otherwise, in my mind, it’s a staged shot. It’s not real life but an engineered version.

Why would you want to fake your own life? We’re told “fake it until you make it” but that doesn’t sit right with me.

And therein lies the rub… 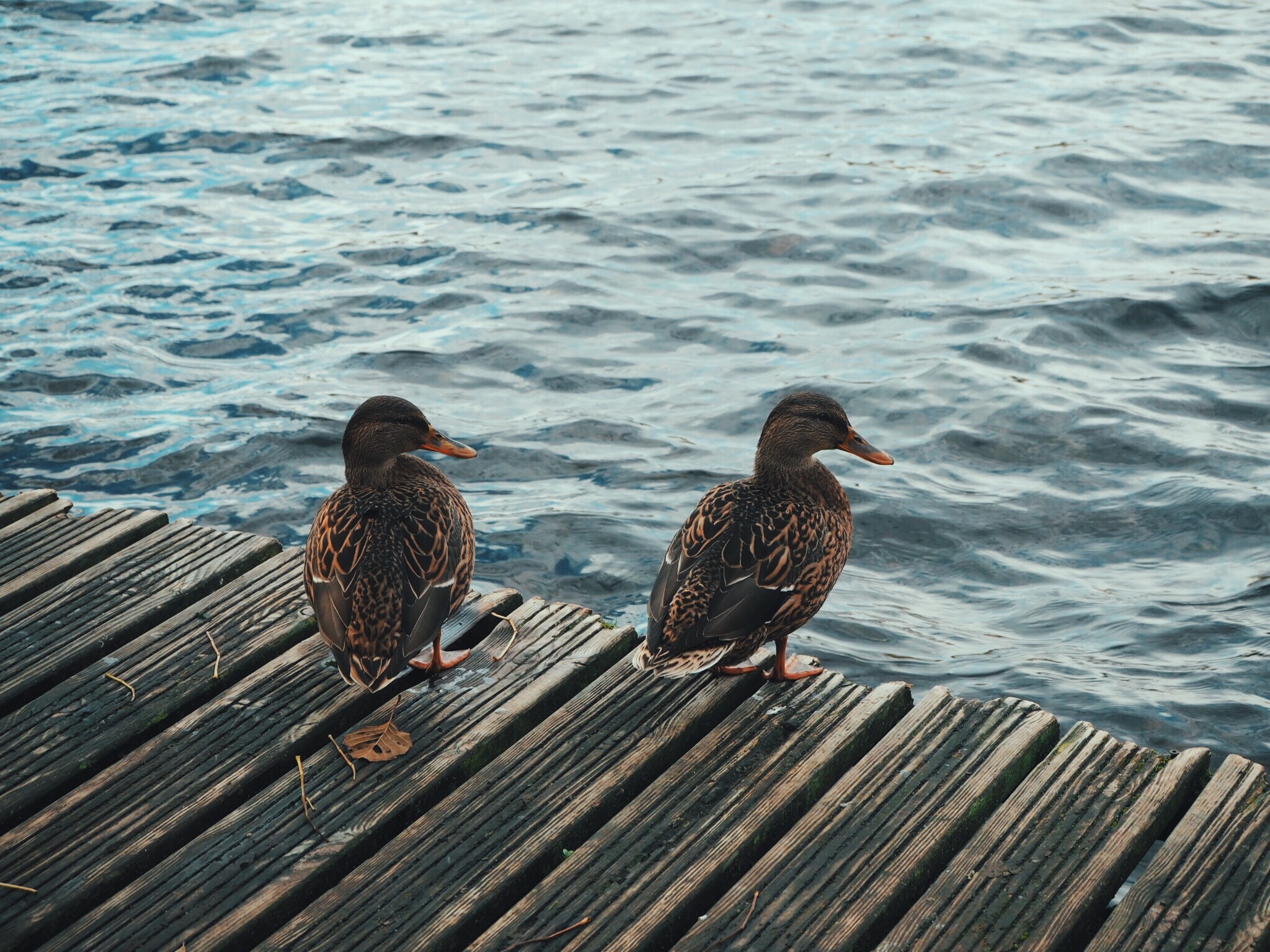 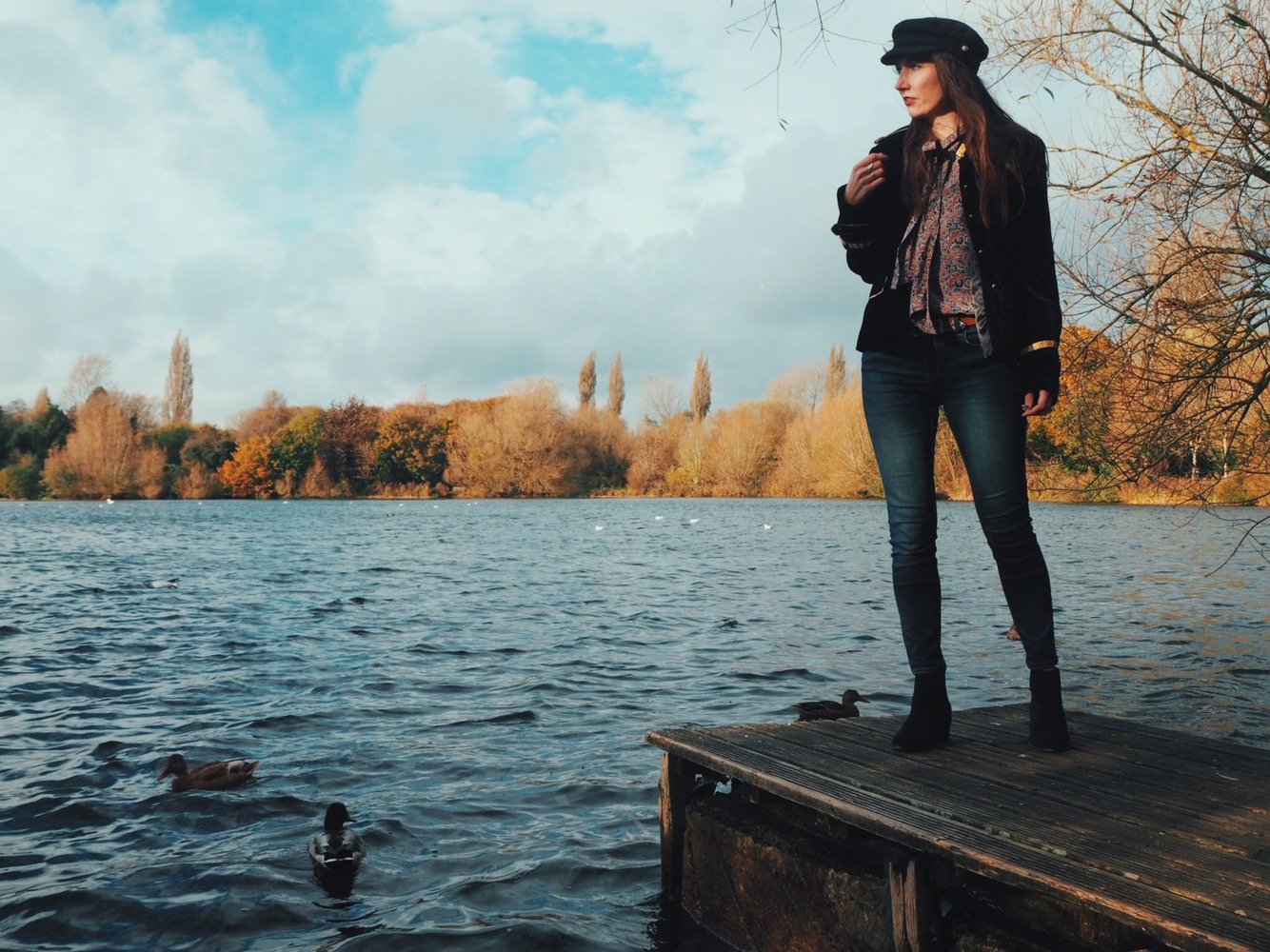 This is MY opinion.
MY revelation.
This is how I’m choosing to use social media going forwards.

You absolutely don’t have to agree with me. It’s also worth noting here that my post wasn’t about anyone in particular, I can promise you that.

It was an observation of the things I’ve been seeing in my feed. A social media survey.

If your approach is making you happy, brings you joy and isn’t all consuming, then carry on. As you were, as Liam Gallagher says.

But, if like me, you’ve spent nearly 10 years on social media – in both a personal and professional capacity – you might be feeling bloody well exhausted.

You’ve started to see past those perfect tiny squares and yearn for a little realness, some honesty.

I’ve flatlined from all the editorialised flatlays.
The staged shoots have given me stage fright.
I hate the hate-following I’m doing.

Similarly, if my piece jarred with you, made you feel paranoid or hit a raw nerve, sit with that and ask yourself WHY?

Is it because you’re uncomfortable with your approach?
Do you really long for that longline blazer or are you covering it because you’ve seen it on someone else/all of Instagram?
Are you trying to replicate someone else’s life? Someone else’s style?
Does that mean you’re not happy with your own or that you think you’re not good/interesting/pretty enough?
Does that mean the audience you’ve built aren’t seeing the real you?
What would happen if they did?
Can you keep up the pretence permanently?
Aren’t you exhausted?

And this leads me to the last point I want to make. It’s the hardest part to write.

I had started to have an increasingly unhealthy relationship with social media – and Instagram in particular.

My iPhone accompanied me everywhere, even to the toilet.
I had tendonitis in my right hand from the repetitive scrolling action.
I was getting fierce headaches around my eye sockets from constantly staring at the small screen.
My creative flow had faltered, my energy blocked.
I started to think of schemes and future plans in terms of the ‘gram: will this look good in my bio? How many likes will this photo get?
I stopped posting and started lurking.

The worst moment was when I woke up at around 7:30am and at 10:30am, I was still in the same position, still scrolling. Flipping through from app to app to app and then back round again. Anxiously refreshing to see what I’d missed.

Knowing everything about a stranger’s life while simultaneously putting mine on pause.

Constantly comparing, constantly feeling like I wasn’t enough, until I had enough. 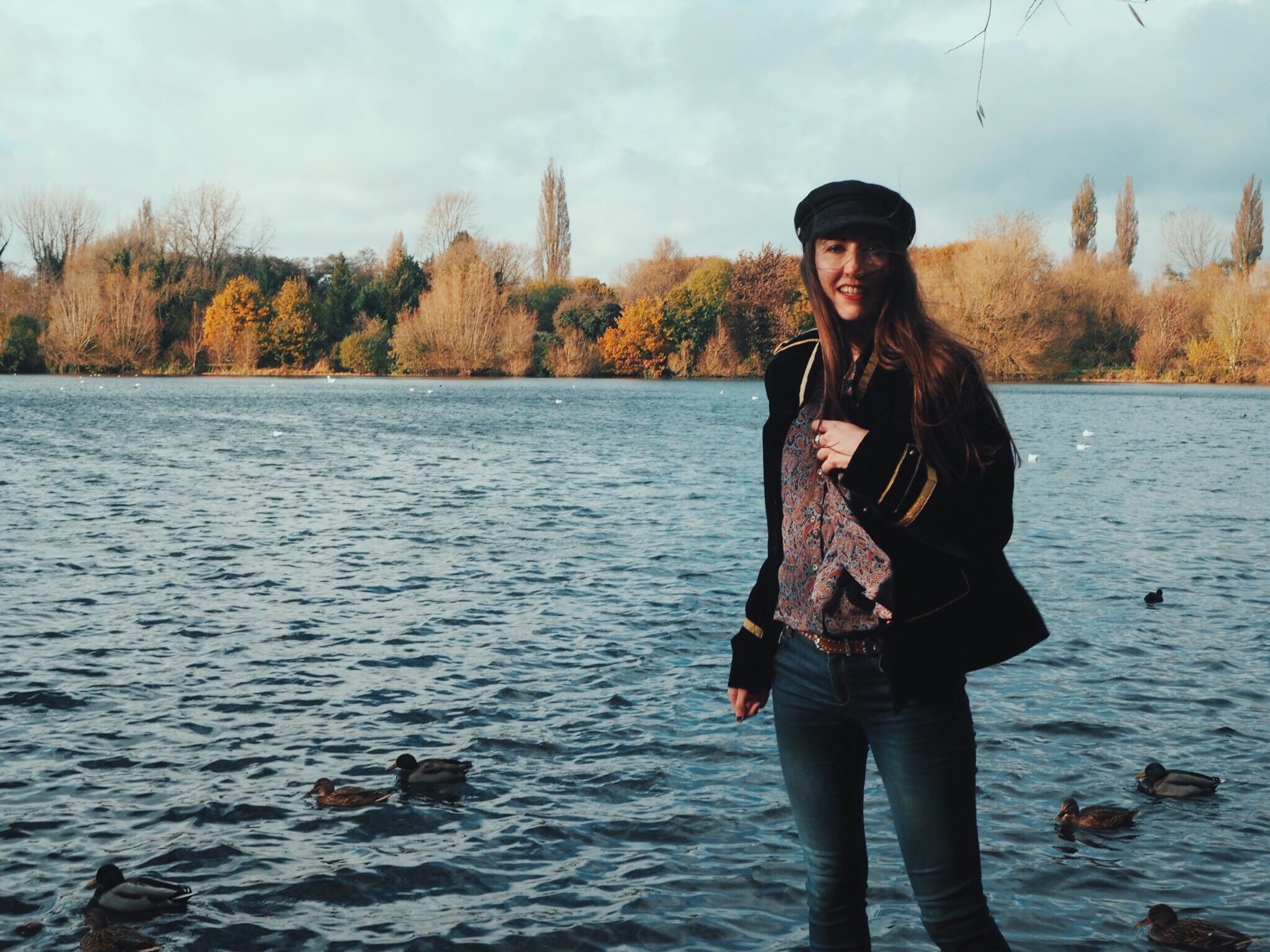 I’m in recovery from this social media sickness.

I feel like certain social media platforms have become big, fancy, shiny merry-go-rounds and I want off, or to at least claw back using them on my own terms.

That’s why I don’t have any notifications switched on.
That’s why my phone stays in my bag, or charging in another room.
That’s why I take longer to reply to a text or an email or a private message; I see them when I see them.
That’s why I’ve deleted Facebook and Twitter from my iPhone.
That’s why I’ll be the only person looking out of the window on a train, or reading a physical book with actual pages.
That’s why you’ll never see me walking while texting. If you’re out with me, you won’t have to compete for attention with my iPhone.

So that piece I wrote was a reflection on where I’m at now and how I feel about the whole social media circus these days.

If it resonated with you, then perhaps consider stepping back from social media for a while so you can work out how to control it instead of letting it control YOU.

If it jarred with you, because you felt personally attacked, know that it wasn’t about YOU, It was about ME.

But maybe you should be examining these negative feelings now to make sure you don’t succumb to this social media sickness, too.

I fear there may be a major epidemic soon. It’s up to you to find the antidote.

The chronicle of the fallen follicle

This, too, shall pass

Something to remember when sh*t hits the fan