Consciously uncoupling from your smart phone

Whenever I talk to people about social media addiction and digitally detoxing, they typically reach guilty for their iPhone (it’s usually already in their hand tbh) and admit that they can’t bear to be apart from their device.

As someone who has made a 15+ year career courtesy of the ol’ dot com, from blogging through to online editorial and social media management, I’ve got a lot to thank the Internet and my iPhone for.

Despite what the most well-meaning wellbeing books advise, it’s simply not realistic to expect us to unplug 24/7. Most of us have a computer at work, most of us correspond by email.

Most of us have personal social media accounts to connect with family or friends; some of us manage brand accounts on top of this. Even if you’re a landscape gardner or… a farmer or… I dunno, a shepherd? Chances are you’ll still need to be online some times.

However, time online has to be managed. It is possible to have too much of a good thing. Like a beautiful garden, if you let it go unmanaged endlessly, it soon spirals out of control, overgrown with nasty weeds, crushing the nice stuff.

It’s easy to get into the habit of mindlessly reaching for your phone when your hands aren’t otherwise engaged – and if you think you’re exempt, I bet you’ve checked your phone while on the loo, AM I RIGHT?

So, a bit like Chris and Gywnnie, you need to make the (albeit difficult) decision to consciously uncouple from your device. You know you can’t just throw it in the sea because you need it in order to function, to a certain extreme.

Yet you know that ultimately you and your smart phone aren’t destined to be together forever, and spending too much time alone together is bad for you.

It’s time to implement new habits, and a smarter way of using your smart phone. Here are 7 simple ways to start… 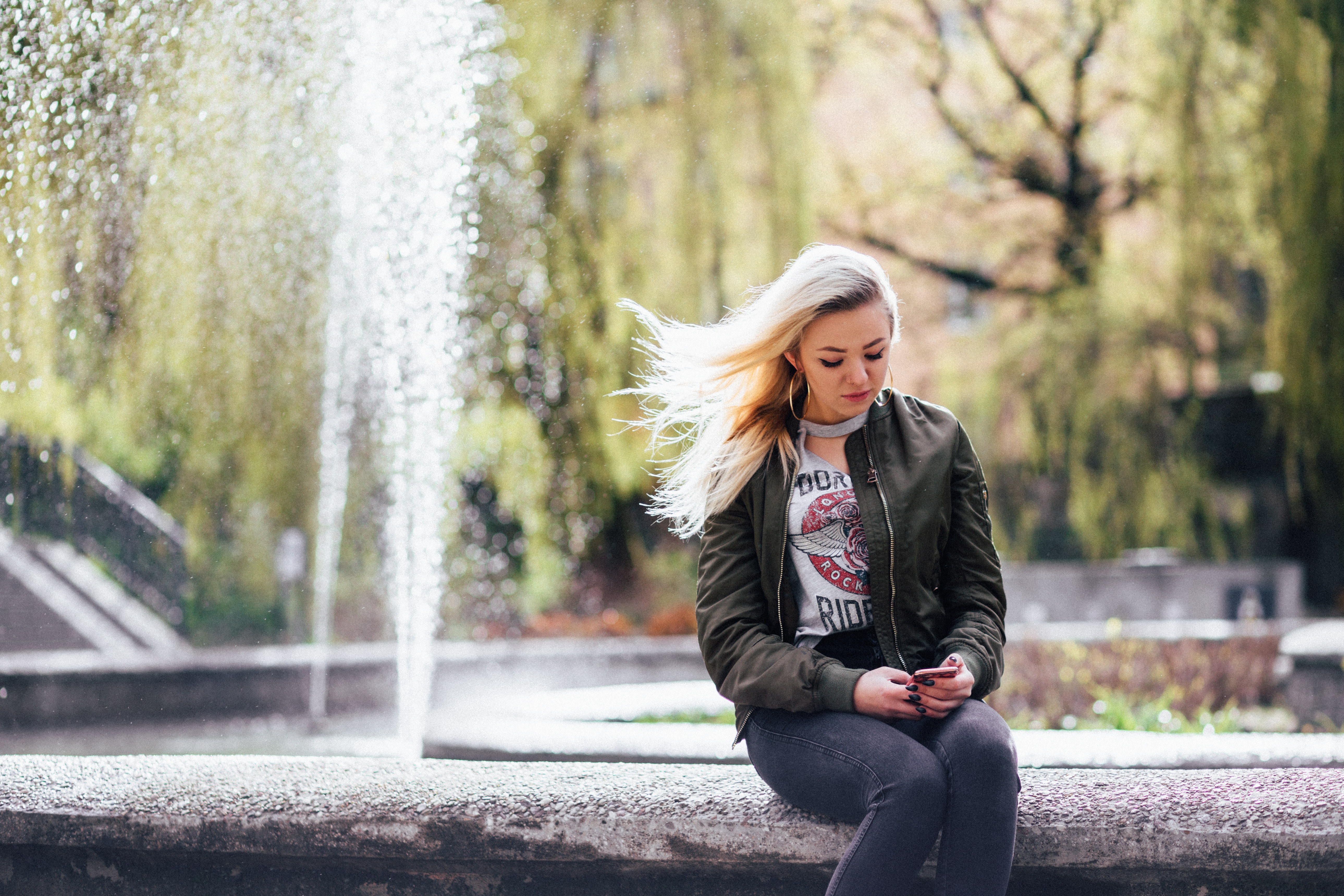 I know I say this, like, alll the time, but to me, it’s the single most important first step in managing your smart phone usage.

Disabling notifications is the most proactive way of taking back control of your device. Doing this allows YOU to decide when you’ll look at your phone, not the other way round.

You then need to be strict about the times you check in throughout the day (as opposed to continually refreshing the apps every two seconds to see what’s new. That kinds defeats the object).

This is trickier, because many of us, myself included, use our phones as alarm clocks, and/or charge them next to us while we sleep. I have my phone plugged in next to me, just out of arms reach, but I switch it into airplane mode the minute I enter my bedroom.

When your alarm goes off, it is so, SO tempting to start scrolling straight away, but DON’T. Train yourself not to look at your phone for at least 30 minutes in the morning, or until after you’ve had your first cup of tea. Make it more scheduled, like say, reading a newspaper, and only allow yourself ten minutes.

3. Go on an unsubscribing spree

Honestly, of the 937253645 emails I used to get daily, most of them were marketing messages from overly keen brands, bothering me like a clingy Ex-Boyfriend. GO.AWAY.

Even though the mail is of the spammy variety, it’s hard not to let overwhelm slip in. To not let that little red dot angrily reminding you there are 8237847 unread emails in your inbox (just me?).

Occasionally I’ll have a mass inbox clear out (not a euphemism), either by marking all email as read, or literally just deleting the LOT (soooo therapeutic, let me tell you).

Similarly, you can declutter your inbox with tools like unroll.me, which rounds-up all your suscription emails into one BIG email, and makes unsubscribing a breeze. 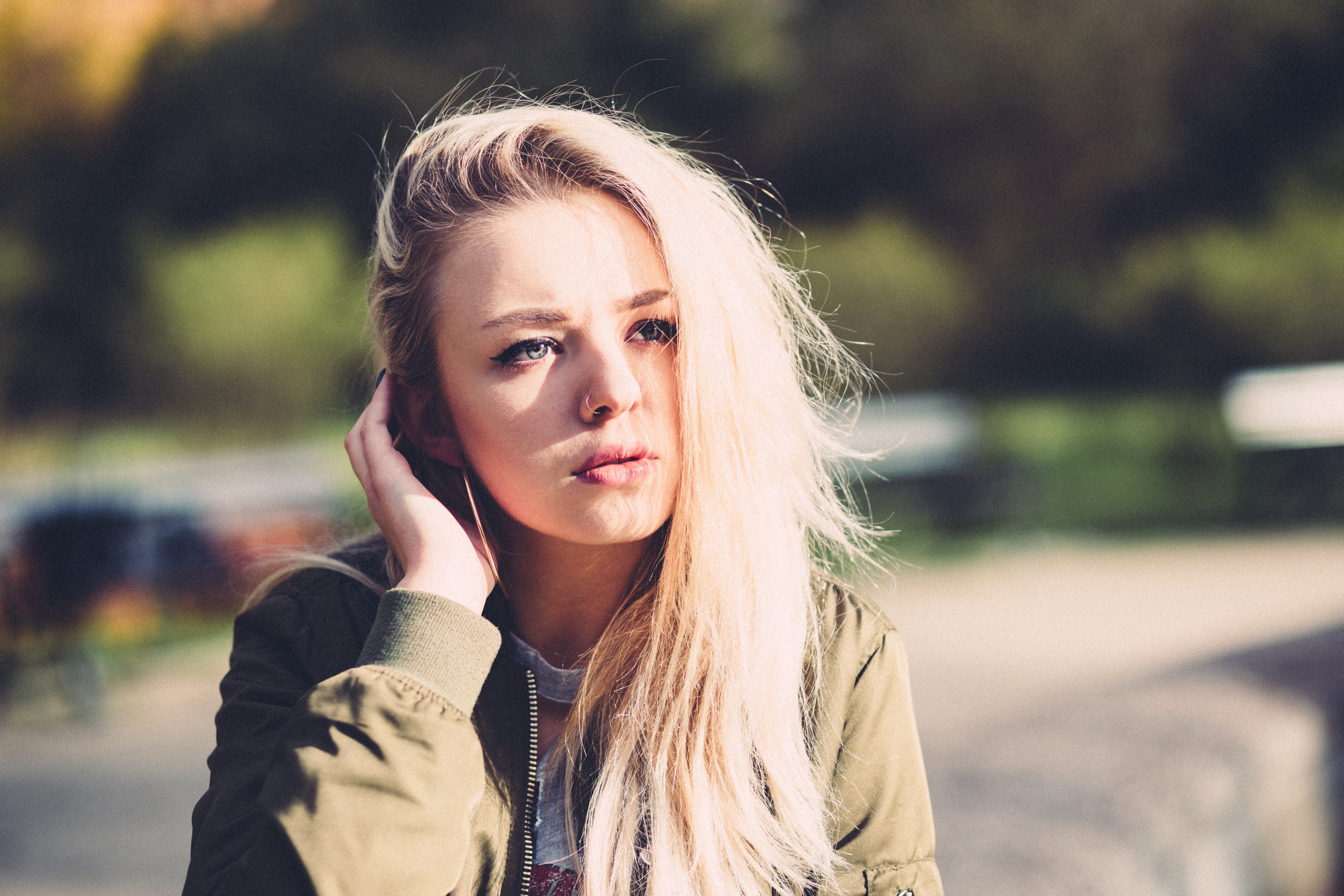 4. Watch other people on their phones.

Bit of a strange one this, but once you become more aware of how ridiculously addicted we are to our phones, you’ll start to notice it more when you’re out and about.

Look up the next time you’re commuting on the train or bus and I bet you’ll see person after person mindlessly scrolling on their phone, head craned forward, thumb swiping, eyes staring. I don’t know about you, but I don’t want to be part of that. I feel like Mary with the different coloured T-shirt in WALL·E!

I often listen to music while travelling, but I always make sure I have a book or magazine to read, or notebook to randomly journal in. Failing that you can gaze out of the window (and dream up the next Girl on a Train) or people watch.

5. Put your phone away IRL

This is just basic blaaady manners, but happens all too often so I’ma say it louder for the people at the back: when you’re with someone in real actual life, put your phone away.

Don’t have it on the table, casting sneaky side-glances at your notifications (which you should have switched off already, ahem, see point one).

Don’t reach for it the minute the person you’re with goes to the loo/bar. Stay in the moment, observe your surroundings. Ruminate further on your topics of conversation. Have you been attentive? Have you listened, really listened, to what they’ve been saying? Or have you been waiting for them to finish talking so you can springboard back in?

This is an exercise in being in, and fully appreciating, the moment. Don’t let your device distract you from that. Instagram will still be there when you return, but you’ll never get those moments back again, so savour them.

If you’re STILL struggling, sometimes I say to myself: what if this was the last time I ever saw [that person]? Or the last time they saw you? Bit dramatic but it can jolt your perspective to make your interaction a meaningful one.

Sort of following on from the above, the amount of times I’ve been out with pals and spent most of it looking at their lowered head while they’re busy editing, filtering, posting and captioning a photo is disturbing.

Worse still is when they try and maintain the conversation while doing so, and you can tell they’re only half listening.

I might take a couple of quick snaps if I see something Instagrammable, but I only ever post after the event.

I’ll go into more detail in my follow-up post, but basically, it boils down to this: stop spending all your time fire-fighting (e.g. instantly replying to emails, tweets and PMs), or on trivia (e.g. mindlessly scrolling through Twitter or watching animal videos on Facebook).

You can achieve this by NOT replying to emails as soon as they come in, and allocating specific times during the day to do so instead. You can always set up an auto-responder outlining the times you check and reply to messages if you want to manage people’s expectations for your reply.

So. How do you manage your smart phone usage?

Keep your cool in the chaos